To someone like me who usually cooks small portions for my family of two, cooking for a crowd needs a little bit of planning and some simple math to scale up the recipes. Today, I made a tray of wraps for a potluck, and I wanted to jot down the proportions for future reference.

These wraps have some Indian flair, stuffed with a crunchy salad and either a paneer pepper filling or a vegan chickpea spinach filling. My goal was to make each filling juicy enough that it would be tasty but dry enough that it would not make the wraps soggy. Both fillings can be made a day ahead of time and stored in the refrigerator. As with most Indian curries, they actually taste better if made ahead of time. With the curries ready to go, making the salad and assembling the wraps is quick and easy.

The proportions given below were enough for 10 wraps with each filling.

1. Chickpea filling: This was a rehash of the palak chana recipe from last summer. 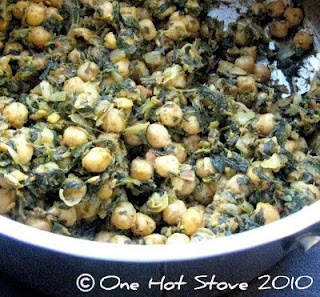 2. Paneer filling: This was a rehash of the kati roll recipe from a couple of years ago. 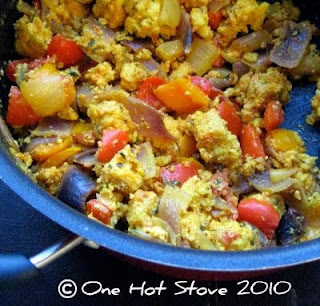 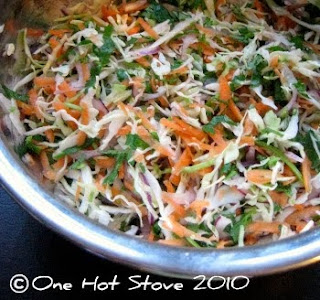 4. The wraps: I used whole wheat tortillas from Trader Joe's. Any home made or store bought flatbreads would work well. 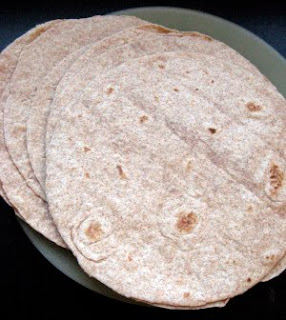 5. Assembling the wraps: Place some filling and salad in the center of the tortilla, fold in the side edges and roll it up. Warming the tortillas makes them more pliable. Use a bread knife to gently cut the wrap in half to make it easier to grab smaller portions. 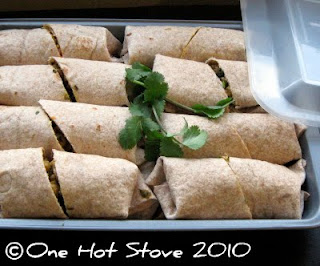 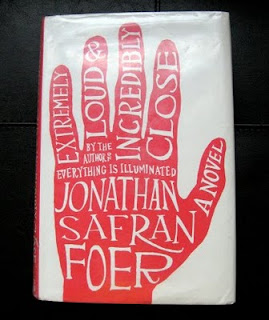 I read a couple of books last week: Extremely Loud and Incredibly Close by Jonathan Safran Foer and The Sweetness at the Bottom of the Pie by Alan Bradley.

I picked them up without really knowing what the books were about, so I was startled to find that these two books have several features in common: they are both mysteries of sorts, have interesting and fast-paced story-lines and the protagonists in both the books are young children who are extremely smart, articulate, precocious, who have lost a parent and who have a major sass mouth on them. Unfortunately, I have very little patience in general and even less patience with impudent children. So while there were portions of these books when I thought the children were clever and entertaining, there were other times when I dearly wanted to be there to send these kids to their rooms. All in all, these are good reads.

I'm making an appetizer tomorrow and a dessert on Saturday to share with friends. If either recipes turns out to be blog-worthy, I'll come tell you about it. See you then!
Posted by Nupur at 5:31 PM