Hello again! What started as a brief blog break somehow turned into several weeks of hibernation. We've had the kind of wet, cold, miserable weather that made me want to snuggle on the couch with a pile of good books, and I gave in and did exactly that.

Then yesterday the sun came out and I could feel the warmth soaking into me and infusing me with a burst of energy, so here I am with a couple of non-recipes, simple little things I made this weekend.

Chaat (the name given to a variety of Indian street food) is generally a gloriously messy affair. I've never thought of chaat as a particularly portable treat because of the dripping sticky chutneys, the fact that most chaats have a dozen components and that these components are often held at different temperatures and best assembled right before eating. But this past Saturday I wanted to take a snack for my trivia team and the chickpeas and potatoes in the pantry and the date tamarind chutney in the fridge persistently suggested that I should make some aloo tikki chana chaat. I've already posted the recipes for the components here. This was an experiment to see if I can convert this chaat into a portable format. It worked very well. The chaat was in good shape even after a car ride and 2 hours after I assembled it, every last one had been devoured without any mess at all.

This is how I assembled it right before we left home: in a 9 x 13 baking dish (a Pyrex or ceramic dish would be the prettiest choice but I used my battered metal one because it has a snap-on cover), start by arranging the shallow-fried tikkis (potato patties). Some breadcrumbs in the tikki mixture really helped to give them a crisp coating. Next comes a scoop of chana, where the chana is made a little drier than usual and where you try and get the chana to fit onto the tikki. Then a dollop of thick date tamarind chutney, followed by thick yogurt whipped with salt and paprika, and minced fresh cilantro. Cover the tray and you are set. The sev goes in a separate container to be sprinkled on generously right before everyone dives in. 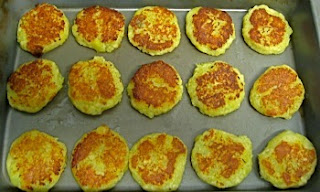 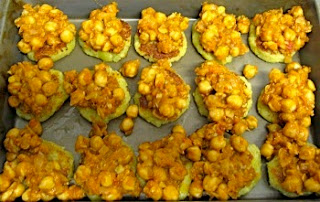 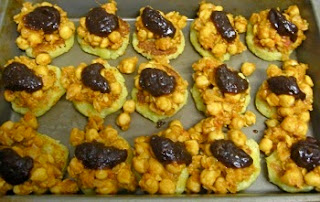 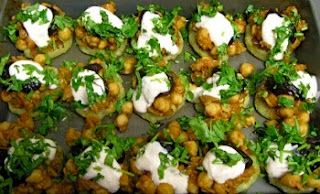 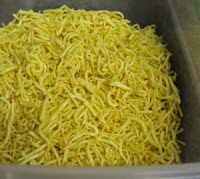 * * *
Among the books I've reading lately were two by Marsha Mehran; they tell the story of three sisters who flee violence in their home country of Iran and seek refuge in a small town in Ireland where they open a cafe. I first heard of these books when Lavanya mentioned them in a comment on this post.
The books are worth reading for the luscious food writing and unusual Iranian recipes. I enjoyed the story line in the first book, Pomegranate Soup but thought the plot in the second novel Rosewater and Soda Bread was weak and utterly unsatisfying. But this second book did have a scene in which the younger sister assembles a dessert called rosetachio ice cream. She simply scoops vanilla ice cream into a bowl and tops it with a drizzle of rosewater and a sprinkle of chopped pistachios. As she is doing this, she has an intense conversation with her oldest sister. I could not focus on the conversation because I was busy thinking, boy, this ice cream sounds so good. 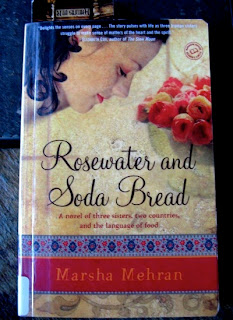 Luckily, I had half a carton of vanilla ice cream in the freezer and made this 2 minute dessert on Sunday night. It is a great way to doctor up some plain vanilla and transport yourself to more exotic (warmer!) lands with every spoonful. 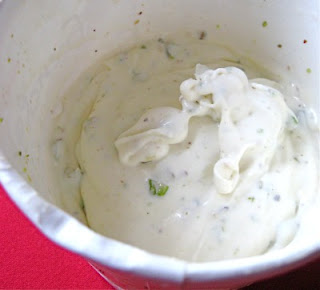 Dale's Tales
Dale had an exciting new experience last month- he got to be a food critic- a taste tester for some local dog treats. My friend Deborah and her pup stopped by one morning with two local dog treats, and Dale got a chance to taste them and offer his expert opinion. If you'd like to read the article, here it is.

Now that the food critic gig is over, Dale is back to his regular full time job as chief daybed tester. 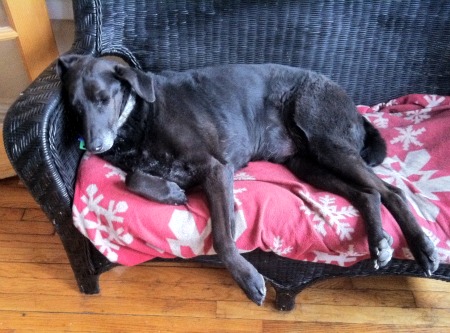 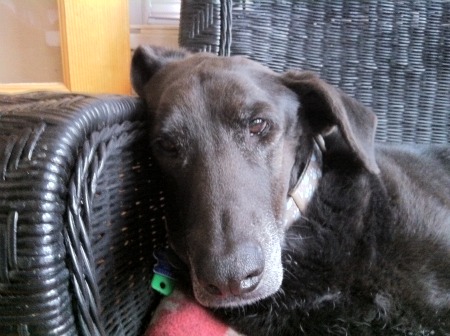