Books, Movies and a Seasonal Dal

A belated Happy Diwali to you all! We had a very quiet Diwali- lighting rows of twinkling tea lights, enjoying a nice family dinner, and feasting on homemade faraal- two types of chivda, anarse, shankarpale, chakli, shev- generously sent by my parents.

I recently completed a pretty mundane home improvement project and was surprised at how much it improved my life: it was simply putting up light blocking curtains on our bedroom windows. When drawn, they make the room pitch dark; I sleep so much more soundly in this cave-like darkness. I put the curtains on rings making it easy to pull them open with a flick of the wrist to let natural light stream in during the day. I'm only slightly exaggerating when I say that this has been life-changing. Because I sleep more restfully, I've been motivated to go to bed early (I mean super early, like 8:30 PM, I basically stuck to my usual bedtime even when the clocks turned back) in an attempt to make up for years of sleep deprivation.

Did I just gush over a pair of grey curtains? Yes! LOL!

This early bedtime means I'm not reading as much as I like to, and that's OK. Most days, I just flip through magazines and read an article or two. A couple of the magazines we subscribe to (New Yorker, Science) and the others- more delicious ones like Real Simple and Southern Living and Good Housekeeping- are borrowed from informal magazine exchange racks at my public library and the gym.

I did read two more books from the NPR book list and enjoyed them both: Eleanor & Park by Rainbow Rowell and The Morning Gift by Eva Ibbotson. And with that I'm totally done with romance novels for the next decade or so.

Right now, I am reading I Am Malala: The Girl Who Stood Up for Education and Was Shot by the Taliban by Malala Yousafzai and Christina Lamb as part of the read-along for Nonfiction November.

I did watch some good movies on Netflix. My favorite has to be Queen, a 2014 Hindi comedy-drama. A young woman from Delhi is shattered when her fiance calls off their wedding at the last minute, but decides to go on her European honeymoon on her own. This is such a sweet, funny and heart-warming movie. I'm not saying it is perfect- it could easily have been a good 45 shorter for one thing- but there's something about this movie that I really adored.

Another good one was Philomena, a more serious drama starring one of my favorite actors, Judi Dench. She was nominated for an Oscar for this one.

Today's Special is a sweet little foodie movie. I loved the cast of this movie more than the actual storyline. So many beloved actors here.

V and I did something that does not happen often for us- we went to an actual movie theater to see a new release, while our friends watched Lila. It was The Martian and we enjoyed it. Although the last movie we saw in the theater was Interstellar, which also featured Matt Damon stranded on a lonely planet. Deja vu?

As far as TV goes, I've been watching some episodes of Aziz Ansari's Master of None and also some old episodes of 30 Rock, one of my favorite sitcoms. Tina Fey is brilliant. 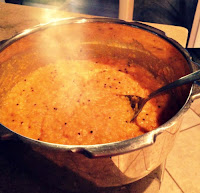 Today's recipe came about serendipitously but the results were particularly enjoyable so I'm recording it here. I was making a simple masoor dal (pink/red lentils), and noticed that there was some mashed sweet potato in the fridge that needed to be eaten soon. On a whim, I added it to the dal and the result was creamy, comforting and perfect for the season. It is always nice to try small variations on everyday dals, and I hope you enjoy this one.

2. In the body of a pressure cooker, heat 1 tbsp oil. Temper with 1 tsp. mustard seeds, 1 tsp. cumin seeds, a few curry leaves, a sprinkle of asafetida.

3. Add 1 small minced onion and fry for a couple of minutes. Season with salt to taste, 1 tsp. ginger paste, 1/2 tsp. ground turmeric and 1-2 tsp. of your favorite masala.

5. Add about 3 cups water (or more or less depending on the consistency you like) and pressure cook.

What have you been cooking, reading, watching?
Posted by Nupur at 12:23 PM 27 comments: 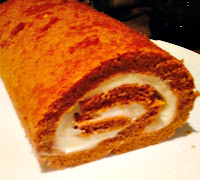 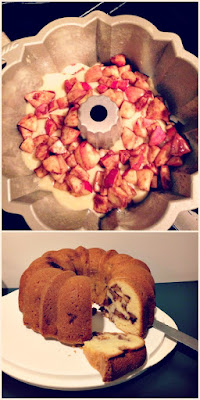 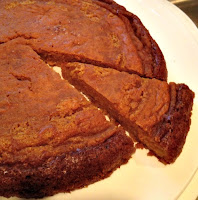 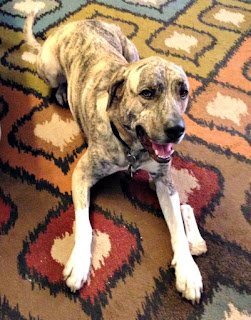 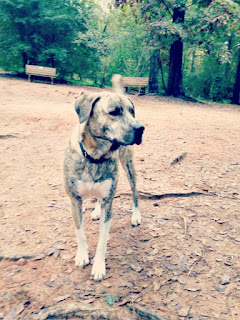 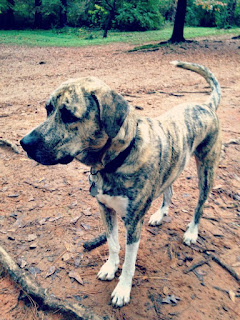 What have you been baking and cooking? Tell me about the pets in your life.
Posted by Nupur at 12:54 PM 30 comments: