July started on a high note with a week-long vacation and well, time seems to speed up in summer because here we are in August already. 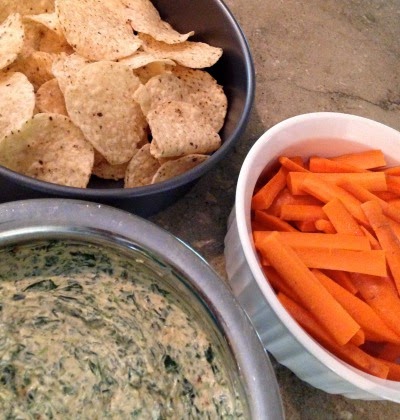 A big bowl of spinach dip got made two or three times this month for different gatherings. This is the recipe, and there's not much fuss involved: the spinach is the frozen kind, there's no cooking needed and the chipotle can be swapped out for something else like taco spice or hot sauce if needed. Served with veggie sticks or tortilla chips, this dip is a crowd pleaser; it makes a lot too.

We got together with friends to watch the World Cup and I made magic cake for dessert using this recipe. Magic cake gets its name from one cake batter that magically separates in the oven into a dense lower layer and a custard like upper layer. We loved it (so much that I forgot to take a picture) and if flans and custards are your thing, you'll probably love it too.

Reading several books, mostly from the kid lit and teen lit genre. These are all good and quick reads.


Are You There God? It's Me, Margaret by Judy Blume. Eleven year old Margaret moves from New York City to a New Jersey suburb and meets a whole new group of friends. The book tells a sweet and genuine story of a girl grappling with lots of changes in her life, in her body and in trying to figure out the role of religion in her life. Blume published this book in 1970 and the subject matter was considered very bold and frank for its time- it still remains a rather controversial book. But it made me nostalgic for my own set of girlfriends from middle and high school!


The Absolutely True Diary of a Part-Time Indian by Sherman Alexie with illustrations by Ellen Forney (she of the graphic memoir Marbles). This is the dark and funny coming of age story of a Native American teen. Junior has survived childhood illness to become a bright budding cartoonist. He lives on an Indian reservation, plagued by poverty, despair and alcoholism, and rather bravely leaves the local school to start attending the all-white high school in the next town. “I used to think the world was broken down by tribes,' I said. 'By Black and White. By Indian and White. But I know this isn't true. The world is only broken into two tribes: the people who are assholes and the people who are not.”

The Hundred Dresses by Eleanor Estes. This is a simple, powerful and rather heartbreaking story. Wanda wears the same faded blue dress to school but claims to have a hundred dresses at home; the other girls at school tease her mercilessly about it. Then Wanda unwittingly teaches them a lesson about friendship and about doing the right thing.


The Dead in Their Vaulted Arches (Flavia de Luce #6) by Alan Bradley. I continued my indifferent reading of this series. Of all the books, this one has the weakest mystery but is full of emotional ups and downs as Flavia grapples with the return of her mother, the mother who went missing when she was just an infant.


Among Lila's favorite books this month are Bear Wants More and Bear's New Friend, both by Karma Wilson with adorable illustrations by Jane Chapman. For the first time, Lila is enjoying books that are several pages long with a definite story line. The stories are written in rhyming, sing song fashion and fun to read.

We went to a gently-used book sale and found over a dozen classics for Lila. The one she's immediately in love with is Llama Llama Misses Mama by Anna Dewdney, about a Llama's first day at nursery school. This is such a darling book and you can't help feeling a pang of empathy for the dear little llama struggling with separation anxiety. Don't worry, it all works out in the end. 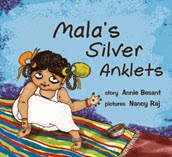 Lila's had a windfall of books this month. Just yesterday, a dear friend sent Lila a book gift that she bought in India- Mala's Silver Anklets by Annie Besant, from Tulika Publishers. Mala likes to sneak up and scare her grandma, her little brother and even the mailman. Until she gets silver anklets and that bells the cat, so to speak. A delightful story with adorable illustrations by Nancy Raj.

Watching the second season of Orange is the new Black.

And I took a break from my usual diet of murder mysteries (Midsomer Murders, Poirot etc.) and watched a very interesting documentary called Particle Fever. It chronicles the thrilling search for the Higgs Boson particle in the Large Hadron Collider. I watch murder mysteries as a mild form of escapism, to spend an hour in some quaint English village. But truthfully, the documentary about particle physics and the quest to understand the structure of the universe was the ultimate escape as I looked around my living room and pondered- what does all this mean, anyway?

What have you been eating, reading, watching this July?

I have some unexpected travel coming up so posting will be sporadic over the next few 2 months. I may even be unable to post altogether but will be back soon enough. Enjoy the rest of your summer and the start of the school year!