I've finally figured out the rate-limiting step in my blog posting frequency. It is not the usual hub-hub of work, social events, errands, chores and the stress of knitting palm-sized sweaters. It is the fact that lately, I've been forgetting to photograph my meals for posterity! And without a picture, I can't seem to start a post.

Well, last evening I did remember to make a lunge for the camera as sandwich-making was in progress, and after a brief lull on this space, here I am with a sandwich that is as simple as it is tasty.

We played trivia last night at a fundraiser for a good cause, and I furnished the sandwiches to keep us going through many rounds involving the usual motley crew of TV characters and dead presidents. Summer vegetables are still going strong in local markets, so a roasted vegetable pesto sandwich seemed ideal- I could roast the vegetables the night before, buy fresh bread on the way home and assemble sandwiches at the last minute.

This was one of the vegetables that made it onto the baking sheet: an adorable squash that looks handpainted in two colors. Does anyone want to guess the name of this hybrid? 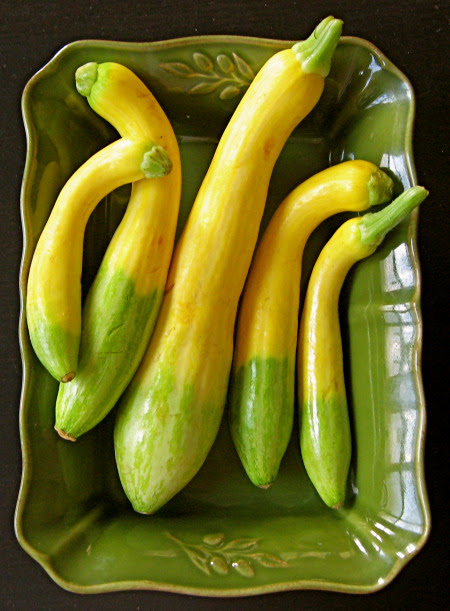 Roasting the vegetables: I used a large rimmed baking sheet, and covered it with uniformly sliced vegetables- 1 medium eggplant, 2 squashes, 1 large onion, 2 colorful peppers. Toss the vegetables with 3 tbsp. extra-virgin olive oil and a generous sprinkling of salt and pepper, using your (clean!) hands to get the vegetables well-coated. Roast the veggies at 435 F for 30-40 minutes or until they are tender and slightly charred and smoky. Cool the sheet pan, then store the vegetables overnight in an air-tight container. 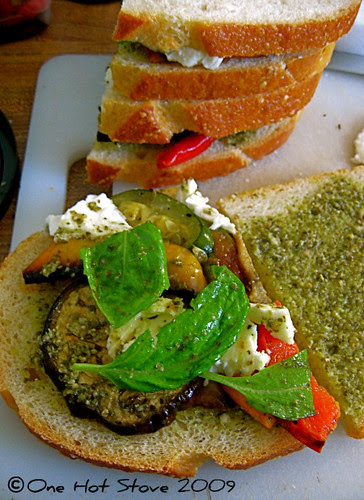 Put together-
With such simple ingredients, quality matters, so go for the best you can find. This sandwich can be embellished with a dressing of capers and balsamic vinegar, topped with fresh or sun-dried tomatoes, sprinkled with pepper flakes, but it is honestly delicious just as it is.

The best part- our team came in at first place (squee!) with this tie-breaker question-

In what year will NASA retire the Space Shuttle from service?

Do you know the answer (we're using the honor system here so no googling)? Luckily for our team, V did and we ended the night on a high note.

I promise to be back very soon. A lonely and quiet blog feels a bit sad, doesn't it? Have a lovely weekend, everyone!
Posted by Nupur at 8:43 AM 44 comments:

When the fridge is bare and the pantry raid results in an odd assortment of ingredients, this is what's for dinner! Sometimes, one starts making a meal by saying, "there's no food in the home" and ends up with a dinner that is something special. I love when this happens.

I usually plan my weeknight dinners a day ahead of time or at least the morning of. That way, any soaking, thawing and assorted prep can be set into motion ahead of time and I can usually beat one Ms. Ray at her own game by putting dinner on the table in 20 minutes flat.

This morning, I thought about dinner as the morning chai was brewing, and had to think extra hard. The crisper was bare but the pantry was stocked with the usual staples- dried beans, pasta, cans of tomato, soy chunks. A trip to Food Blog Land (typing kidney beans, tomato, spaghetti in the search box) provided me with a dose of inspiration in the form of this recipe for something called Cincinnati Chili- a sauce of meat and tomatoes with warm spices, drenched with the rich flavor of cocoa. I made a vegan version of this sauce. 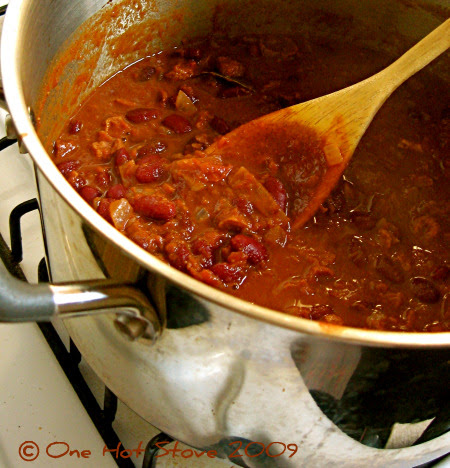 Adapted from Cincinnati chili from The Kitchn, makes about 6 servings.

1. Soak 1 cup kidney beans for 12-24 hours, then pressure-cook them. I did a quicker soak by putting the beans in boiling water, turning off the heat and covering them for 6-8 hours.

2. Re-hydrate 1 cup soy/TVP/Nutrela chunks and chop them up (or simply use soy granules or veggie ground).

5. Add the following:
½ large can tomato puree (14 oz.) (*see note)
cooked kidney beans
soy chunks/granules
mushroom stock (quantity depending on how thick you want the chili to be)
hot sauce (to taste)

6. Simmer for 20 minutes, then let it rest for an hour or two before eating to let the flavors develop. Taste for a balance of flavors and adjust them if necessary.

*Note: On a previous post, someone commented that I use tomato puree in a lot of recipes here, and asked what brand I use. I buy whole canned tomatoes (canned in tomato juice) from Trader Joe's and I puree the tomatoes myself using an immersion blender before using them in the recipe. I do find that different brands vary widely, so I would suggest trying different brands that are available to you to see which one you like the best.

I served the chili over whole wheat spaghetti, with some shredded cheese and sour cream on the side. If you want to keep this completely vegan, use vegan versions of cheese and sour cream or skip them altogether. This quick and easy recipe was such a success! We enjoyed the rich, deep flavors of this wholesome meal and I enjoyed seeing V stumped at what the "secret ingredient" was. I have a feeling I'll be using this recipe often in the coming months as chilly/chili weather gets here.

Want to see some pics from my Boston trip this weekend? 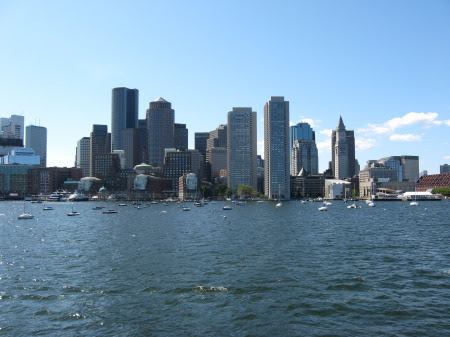 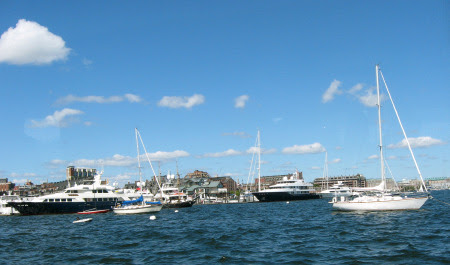 Following this guy all along the Freedom Trail... 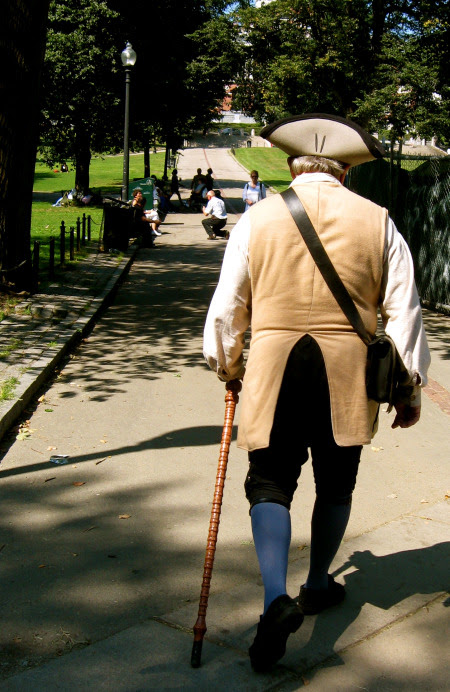 Lunch at My Thai Vegan restaurant in Chinatown (foreground is mango curry with vegetables, background is taro root bird's nest)... 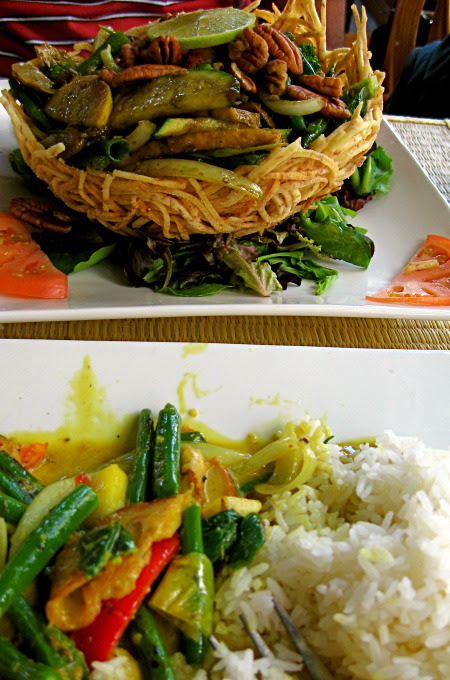 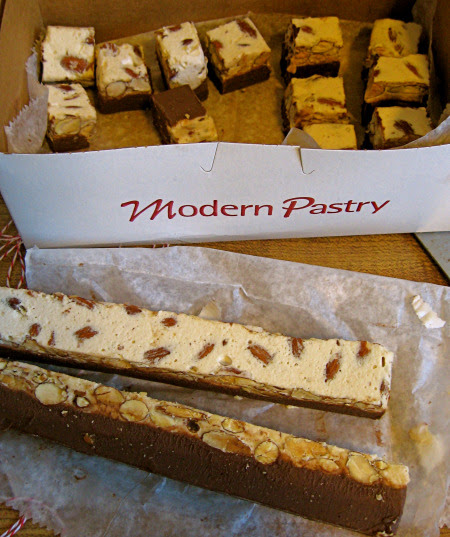 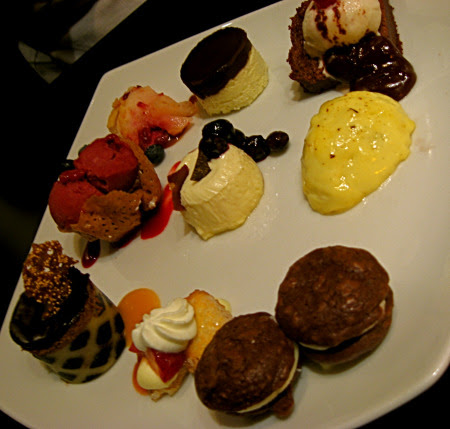 We stayed in the historic Beacon Hill neighborhood (which felt to me like stepping back in time), met friends whom we have not seen for years, attended a birthday-party-picnic in Cochituate State Park, gorged on pizza, giggled at the Bostonian accent (on a walking tour, the guide wanted to segue into the Boston Tea Party bit and asked a little girl who was with our group, "So you want to go to a paahty?" and she innocently replied- no, thanks, she did not need to go potty just then), and in general need another vacation now to recover from this one.

My sincere thanks to everyone who offered great suggestions for my Boston trip- I'll have to go there again soon to cross off more things from the list.
Posted by Nupur at 6:47 PM 34 comments: