What I'm Reading, and a Few Book Giveaways

Thanksgiving Week has arrived in the US. There's a buzz of excitement in the air. Already this afternoon there was a mad rush at the grocery store and I had to fight my way through a crowd to triumphantly score a the butternut squash.

Next week, I'll tell you about my holiday cooking but today, here's a rundown of the books I've been reading lately. And scroll down for some book giveaways.

Jana Bibi's Excellent Fortunes (Jana Bibi Adventures #1) by Betsy Woodman is the story of a Scottish woman who makes India her adopted homeland in the decade following independence. She inherits a large house on a hill station and moves there. The very existence of the town is threatened by a proposed dam, and the story revolves around Jana Bibi and the colorful town residents who rally around to save the town. This was an easy and pleasant read but not particularly memorable- I like books that "give me all the feelings" and this one did not emotionally resonate with me for whatever reason.

The Likeness (Dublin Murder Squad #2) by Tana French is a taut psychological thriller. This one, just like all of Tana French's other books that I've read was emotionally wrought, riveting, memorable and a book I just couldn't put down. The premise of the book is not very plausible if you think about it, yet the writing and atmosphere pull you right into the story. If you're looking to lose yourself in a book over Thanksgiving weekend, this is one I would recommend.

The Restless Sleep: Inside New York City's Cold Case Squad by Stacy Horn. Horn goes into the Cold Case Squad of NYC, following along on four cold (as in unsolved) cases involving complex and brutal murders. Along the way, she studies the politics and bureaucracy of the department, the challenges they face and the personalities of the detectives involved. It is interesting stuff, except that Horn has the most fragmented and confusing narrative style. Despite my annoyance at the disjointed writing, I read the book in 2 days flat so it definitely kept up my interest. I read this book as part of a read-along for Nonfiction November; here are two other reviews of Restless Sleep by bloggers who read it this month.


And now for some book giveaways. I have three cookbooks that were sent by the publisher and one book of short stories that I won in the giveaway. I've enjoyed these books and would like to pass them on to someone else. You'll need a shipping address in the US to keep shipping costs affordable for me. I'll keep the giveaway open until the morning of Monday, December 1, 2014.

1. Rainbows in the Desert by Archna Pant is a book of short stories set in India. I won this book from Siri's blog (she has a short review there too). I read it and quite enjoyed it and am ready to pass it along for someone else to read over the holidays. To win this book, fill out this form. This giveaway is now closed and the winner is Leena.

2. Savory Pies by Greg Henry is a good cookbook for those of us who lack a sweet tooth but find a good savory pastry quite irresistible. There's a wonderful variety of recipes in this book- there's everything from pot pies to pizza variations, empanadas and calzones. There are savory (and to me, thus infinitely superior) versions of desserts, such as artichoke clafoutis, polenta cobbler and mushroom tart tatin. To win this book, fill out this form. This giveaway is now closed and the winner is Jane. 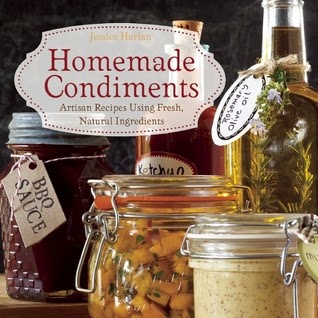 3. Homemade Condiments by Jessica Harlan. Many home cooks are adept making their own versions of condiments. I remember my mother making ketchup when tomatoes were in season, and making pickles and chhunda was the thing to do when we were drowning in raw mangoes from the backyard tree in early summer. In my kitchen, I often make salsas, chutneys and salad dressings (but so far, I've always bought mayo and mustard and ketchup). This book is a gem, covering all sorts of condiments from ketchup and barbecue sauces to pickles, relishes and dessert sauces. Some of the recipes that look really good to me include chipotle ketchup, avocado goddess dressing, sweet chili sauce and hoisin sauce. To win this book, fill out this form. This giveaway is now closed and the winner is Prachi.

4. Classic Snacks Made from Scratch by Casey Barber. I remember reading this in one of Michael Pollan's books: Only eat junk food that you've made in your own kitchen. (Or something to that effect). Well, if you've ever dreamed of making homemade versions of snack foods, Casey Barber has the recipes for you. This is such a fun cookbook. There's everything from cookies (eg. graham crackers) to twinkies, cool ranch doritos, pudding pops, cheetos! Some of the recipes are pretty simple to make, like the pudding pops, while others are very involved. But full points to her for closely replicating these (in)famous and celebrated treats. To win this book, fill out this form. This giveaway is now closed and the winner is Divya who said her favorite snack is fruit and nut biscuits!

What are you reading these days?
Any big plans for Thanksgiving week?
Posted by Nupur at 8:34 PM 18 comments:

We had a week marred by coughs and colds. Random khichdis and soups dominated the dinner menu all week. With cough syrup for dessert. On Sunday I pulled myself up by the bootstraps and made some eggs and potatoes for breakfast. This is a standard breakfast on this continent, for sure, but with some help from the masala dabba to give it some sinus-clearing oomph.

1. Heat 2 tbsp. oil/ghee in a cast iron pan.
2. Add 1 diced medium onion, a sprig of curry leaves, 3 cloves minced garlic, 1 tbsp. cumin-coriander powder, 1/2 tsp. turmeric powder and 1/2 tsp. red chili powder (or more to taste). Stir fry for a minute or two.
3. Add 2 medium potatoes and 1 sweet potato, all evenly diced (no need to peel unless the peel is too thick).
4. Stir to coat the potatoes with spices and cook on medium-low heat until potatoes are tender and browned. 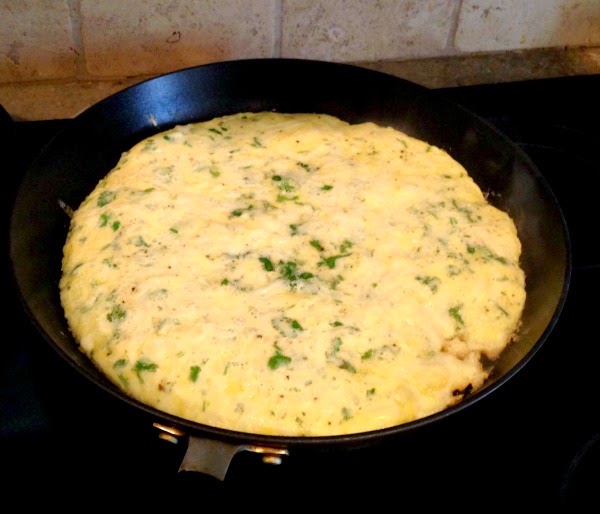 When a friend visited last Christmas and offered to make breakfast for our crowd, she made one giant omelet instead of making several small ones. So clever. I've used her method here.

1. Beat 5 large eggs.
2. Add 2 tbsp. minced onion, 1/4 cup minced cilantro, salt and pepper to the beaten eggs. Add some minced green chilies if you like the heat.
3. Heat 1 tbsp. oil/butter in a 12 inch nonstick skillet.
4. When oil is hot, add egg mixture and swirl around to spread evenly.
5. Scatter with 1/4 cup shredded cheddar cheese.
6. Reduce heat to low and cover skillet.
7. Cook for a few minutes until the eggs are set.

Cut omelet into wedges and serve with the potato hash. There you go- a sunny breakfast for the perfectly lazy morning. 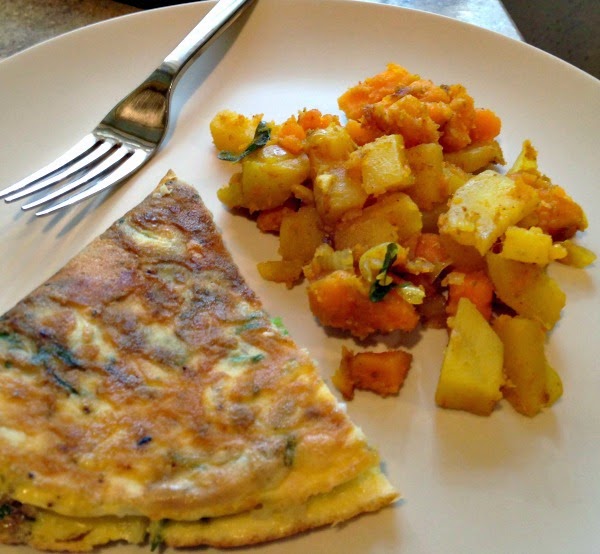 Last week, I got a few requests for the cabbage raita recipe; you'll see it updated at the end of this post.

What did you do this weekend? See you Monday week with some book reviews and a few book giveaways!
Posted by Nupur at 1:25 PM 28 comments:

For three days straight over this weekend, we did our favorite thing- we had friends over for a meal at our home. This is fun year round but especially enjoyable when the weather turns chilly, when it is too cold and dark to spend time outside. That's when the warm kitchen is the place to be.

The festivities started on Friday, Lila had a day off from school for Fall break (following a day of prancing around as a rainbow for Halloween). We invited her two best friends from school over for a play date followed by lunch. Kids fought, played, yelled, giggled, sometimes all at once, while I got a chance to get to know their parents who I normally just wave to in the school's parking lot. At Lila's request, lunch was mac and cheese and a tray of roasted broccoli and sweet potatoes. With apple and yellow pepper slices for snack and mixed berries for dessert. I used Martha Stewart's recipe for the mac and cheese (I had pinned it from this post some years ago) with a few modifications: I scaled down the recipe to a 12 oz box of "white fiber" spiral pasta, used less cheese- and used cheddar, pepper jack, Parmesan and cream cheese instead of the ones mentioned in the recipe. It is a wonderful recipe, makes a large batch and reheats beautifully.

On Saturday, my crafting buddies came over to sew and knit, and I made them a supper of broccoli cheese soup and caramalized onion- lentil pilaf. A friend got peanut butter bars for dessert.

Then on Sunday, I made a meal for friends of ours who love Indian food. I think they would burst into tears of disappointment if I ever served them mac and cheese. For them, I made some of our all-time favorites- chana masala, jeera rice, cabbage raita, egg kebab and one sort-of new recipe, stuffed eggplant curry.

This recipe started with some fresh and tender Japanese eggplants (the slender, long ones) from the Asian store. I have much better luck with this variety being sweet and tender, compared to globe (Italian) eggplants or the baby Indian ones. Then I was inspired by Meera's recipe and this one originally from Indira.

The idea was to make a thick paste for stuffing- with herbs, spices, nuts and contrasting flavors of jaggery and tamarind. Then to fill it into eggplant sections, and finally to pressure cook the eggplants with a bit of coconut milk (which forms the gravy) because pressure cooking gives evenly cooked eggplants reliably and effortlessly. 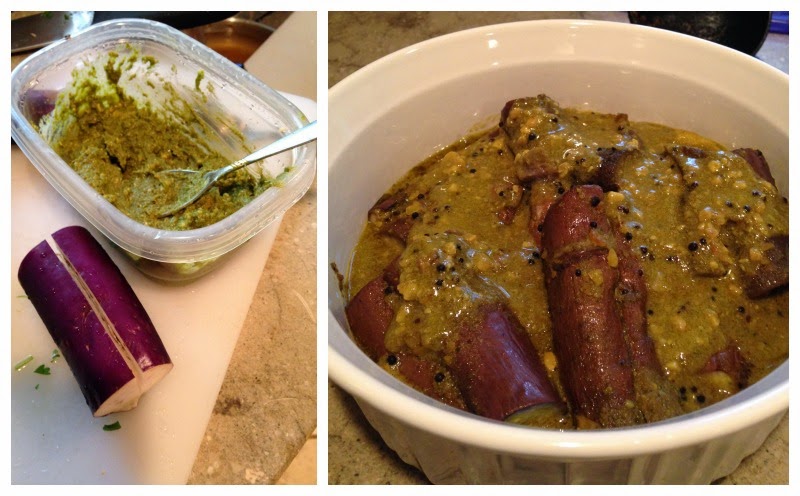 1. Wash 4 Japanese eggplants. Remove and discard stem. Cut each eggplant into 3 or 4 sections. Make a deep lengthwise slit in each eggplant piece.

The stuffing should be a thick paste- taste it and make sure it has a good balance of flavors. Fill it into the eggplant sections using a tablespoon.

3. Heat 1 tbsp. oil in a pressure cooker. Temper it with 1 tsp. mustard seeds, asafetida and turmeric.

4. Stack the stuffed eggplant neatly in the cooker. If you have a wide pressure pan, that would be ideal. I only have a handi-shaped cooker and it worked fine.

5. Pour 1/2 cup coconut milk + 1/2 cup water over the eggplants. Close the pressure cooker and let it cook.
I barely let the cooker come up to full pressure before turning off the heat. Eggplants cook quickly and I did not want them to collapse into an overcooked paste.

6. Remove the eggplants into a serving dish. Top them with the thick gravy. Serve!

Edited to add: A few readers requested the recipe for the cabbage raita. Here it is, easy as can be.

Mix together and serve!

What have you been cooking these days?