Perhaps the biggest charm of being on vacation is that the usual rules don't apply. Normally, I try to live more or less as a responsible adult, setting some ground rules for myself. Making dessert only when we have company. Junk food rationed into small katoris. Every meal built around vegetables. That sort of thing. But once I was on that flight, all bets were off.

I started breaking my rules first thing in the morning. The one about eating a wholesome breakfast did not have a chance. I ate every delicious sinful thing I was offered and then reached for seconds.

As I look at this list, I can see favorites from many regions of India- the first two are Maharashtrian classics, the third is a Gujarati favorite, the fourth is a taste of Tamilian festival food and the last is more North Indian.

What follows is another breakfast that my mother rustled up one morning. I took some pictures as she was making them and thought I would share this easy "recipe", if you can call it that. Eating samosas for breakfast feels pretty darn decadent but these are not half bad- in fact, you are using up leftover whole wheat rotis and pan-frying these little treats instead of deep-frying them. So this one is a good compromise between indulgence and nutrition.

All you need is some rotis. Whole wheat tortillas would be a perfect substitute. Choose any filling that you like- my mother made a quick one with onions, peas, potatoes and some spices. Leftover subzis would work just as well. To hold the samosas together, my mother uses a thick paste of chickpea flour (besan) in water, as a glue.

1. Cut chapatis (or whole wheat tortillas) into half. Place the filling in the center triangle of each half. 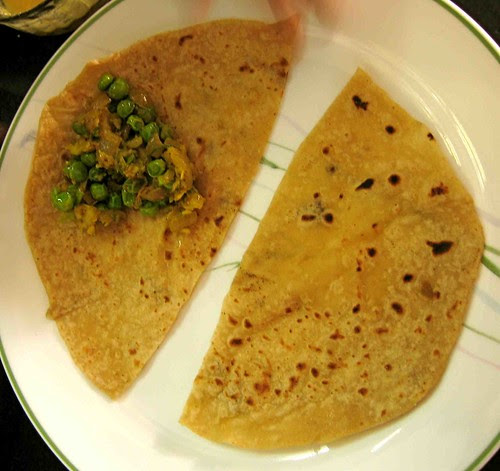 2. Fold in one side. Dab with the paste. You need less paste than is shown in the picture, actually. 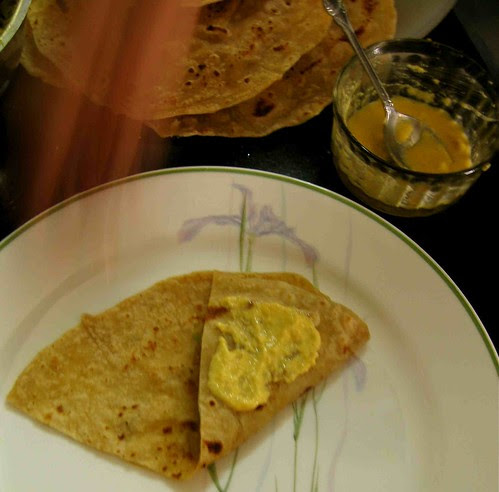 3. Fold the other side and press down firmly. 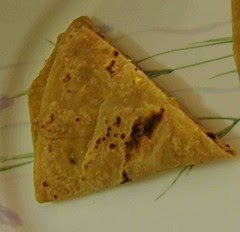 4. Heat a pan with a drizzle of oil. Place samosas neatly around the pan. Cook on low-medium heat on each side until golden and crispy. 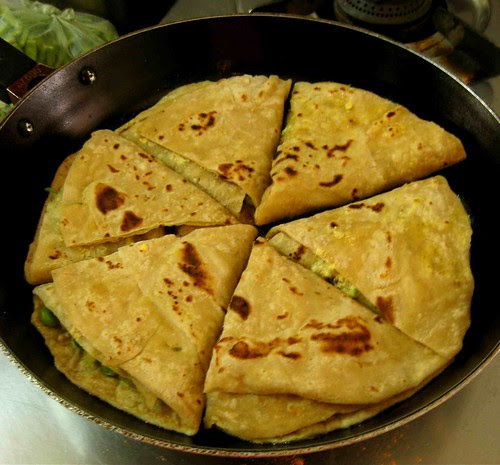 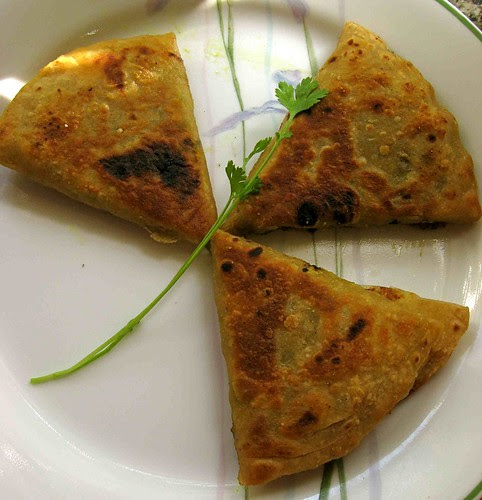 The summer solstice is only a couple of days away, and I'm kicking off my not-so-light summer reading... 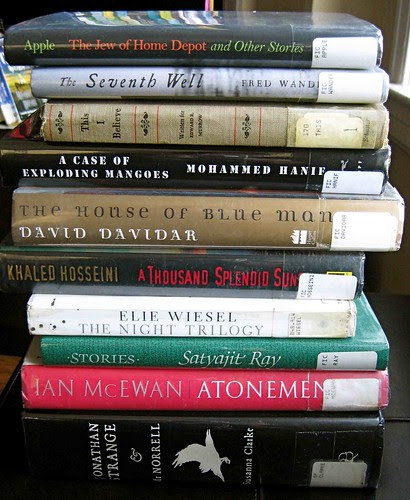 What are you reading these days?
Posted by Nupur at 3:58 PM