This month marks one year since we moved to our new home, but I feel like we've been in Georgia for much longer. That means I feel very much at home here and feel accepted into the community and that is something to be very grateful for.

There's no doubt that cooking is a big part of how I cement friendships- I've noticed that lots of people are willing to put up with me because they like to eat home-cooked food!

A few days ago, Ruma left me a comment asking for menu ideas for the American celebration of Thanksgiving which falls on the 28th of this month. Thanksgiving- an entire holiday devoted to cooking and eating with family and friends, kicking off a 4 day relaxing weekend in which to cook and eat some more- is indeed a cook's dream come true. Over the years, I've hosted and attended several memorable Thanksgiving meals. Ruma's question got me reminiscing about Thanksgiving meals since I've started writing this blog over 8 years ago...

Thanksgiving 2005 was cooked on a tiny range in New York City (the range with a single solitary hard-working burner which led me to name this blog One Hot Stove)- we had over a dozen guests and a distinctly non-traditional seating arrangement: one guest had to sit on the dog bed next to a very miffed Dale. Thanksgiving 2006 was not documented on the blog because at that time, I was writing my dissertation 14 hours a day. I do distinctly remember visiting V in St. Louis that week- spending the day at my laptop in an overheated apartment and then cooking a wild rice pilaf for Thanksgiving supper.

Thanksgiving 2007 had a simple yet enjoyable menu and was the first of many times that I made chocolate pecan pie. I probably spent Thanksgiving 2008 knitting! I started knitting and crocheting that year and was so obsessed that I stopped blogging for several months. Thanksgiving 2009 saw me making a traditional dish- green bean casserole and one non-traditional but very seasonally appropriate one- pumpkin flan. On Thanksgiving 2010 I tried something new- I live-blogged the day of cooking and the menu was a mix of Indian and American dishes.

Thanksgiving 2011 was special because we had a brand new baby daughter- and we spent the holiday with our friends down the street who had a brand new son. The menu was simple enough and a mix of Indian and American favorites- broccoli cheddar soup, vegetable biryani, raita, sweet potato fries and chocolate pecan pie for dessert. I remember that we four new parents enjoyed dinner over several hours in the living room, taking turns holding the babies and digging into the food.

After that jaunt down memory lane, let me get back on track to Thanksgiving menu ideas. I enjoy cooking for this holiday because the dishes are oriented towards (a) Hearty food and (b) Vegetable-centric dishes and (c) Earthy flavors. All of which are practically hallmarks of how I like to cook. Pumpkin and winter squashes, green beans, potato, sweet potato, broccoli, corn, pecans, cranberries, mushrooms, maple syrup are some typical ingredients seen on Thanksgiving menus.

I try to make sure that there is variety in any party menu so that one ingredient is not over-represented and that there is a mix of heavier and lighter dishes. Party menus are a great way to showcase one's best dishes, for sure, but I for one can never resist experimenting on my friends with a new recipe. I never have a problem mixing dishes from different cuisines- and there's always one or more Indian dishes on the menu because that's my culinary background. It works seamlessly- I've never heard anyone complain that the menu is not matchy-matchy enough.

I'd pick one dish from each of these categories to make a Thanksgiving menu that I would enjoy both cooking and eating: 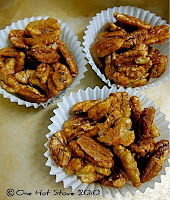 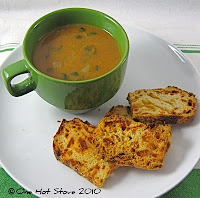 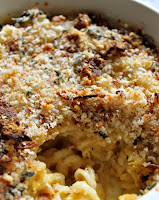 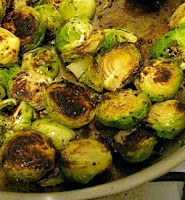 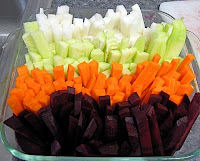 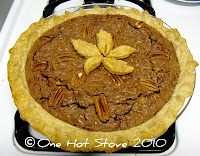 For some years, I've been toying with the idea of cooking an Indian-American fusion Thanksgiving menu. Who knows if or when this will actually happen, but here's my fantasy of what such a menu might look like.