...hits the spot in this lazy Sunday brunch. Burji is simply Indian-style scrambled eggs; "royal" because it contains a spice mix with a regal name.

It started when Bhags posted this simple dal called Bachelor tadka. She braved a "queue of shoes", smelly socks and mountains of unwashed clothes to fearlessly obtain this recipe for us, so the least I could do was give it a try. The other intriguing feature of this recipe was an ingredient called Kitchen King Masala. I started to think that this was some sort of brand name, but a little investigative work via Google revealed that it is actually a generic name for a particular blend of spices, and that several brands sell their versions of this Kitchen King masala. I wonder who came up this spice blend; the name "Kitchen King" suggests that it must be a fairly recent invention. In any case, I bought myself a packet of Kitchen King Masala (Badshah brand is what I found). Badshah (emperor) and Kitchen King! If that isn't a royal combination, I don't know what is :D

Simply put, Bhags' bachelor tadka rocks. In no time at all, it has climbed right to the top of the list of "Things That Practically Cook Themselves And Keep Me Sane On Weeknights". The whole dal gets made in the pressure cooker itself, and the combination of the ghee tadka and the masala results in the most appetizing aroma as the pressure cooker hisses and whistles madly. This recipe carries an unconditional guarantee that everyone in the home will stop by the kitchen and ask that coveted question: "What smells so good?"


I must be the last person on the planet to discover Kitchen King masala; people are busy using it in all kinds of simple and tasty dishes like potato curry, egg curry, veg pulao, masala masoor and okra-spinach curry. For despite its majestic name, the Kitchen King masala is best suited as a multipurpose masala that is best used for throwing together tasty and impromptu dishes for everyday meals for us commoners. Like this spicy burji that follows.

(serves 2-3)
Ingredients:
1 large onion, chopped fine
2 tomatoes, chopped fine
2 t oil
1/2 t red chilli powder
1/2 t turmeric powder
1 heaped t Kitchen King masala
1 T ketchup
salt to taste
handful of minced cilantro
Beat together
4 eggs (could omit a yolk or two)
1 T milk
salt to taste
Method:
1. Heat the oil (medium heat) and saute onion until translucent.
2. Add red chilli powder, turmeric, KK masala and salt and saute for a few seconds.
3. Stir in tomato and ketchup and saute until the mixture is almost dry.
4. Lower heat to medium-low, then stir in the egg mixture. Gently cook the eggs, stirring once in a while, until they are barely set.
5. Stir in the cilantro and serve.

I served the burji with some whole-wheat tortillas for a satisfying brunch.

*** *** ***
Musical uses her surprise Arusuvai ingredient in the most innovative way. Take a look for yourself! 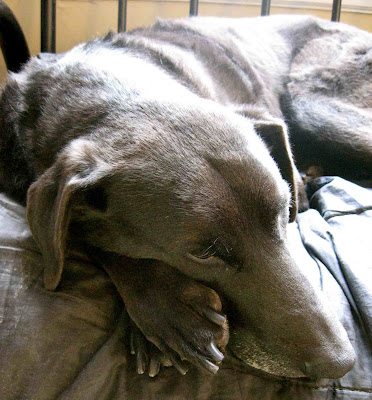 ...and a minute later, ponders the inside of his eyelids. 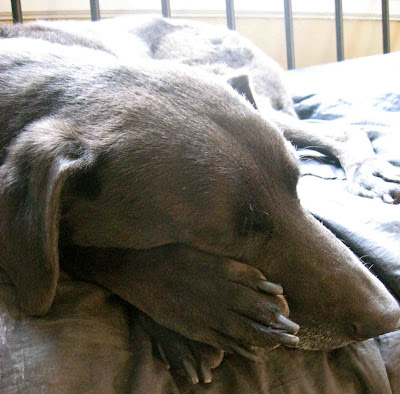