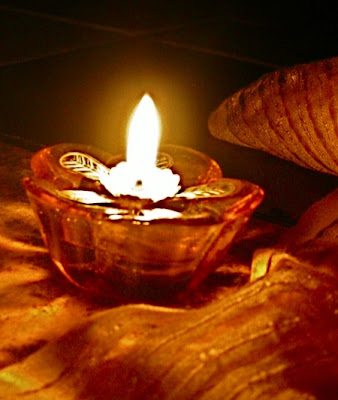 Last weekend, the parade of witches and zombies prowling the streets symbolized the start of the holiday season in the US.

I had big plans for a orange-and-black Halloween dinner. In the end, it worked out with some adjustments. There was a black bean soup, vegetable-cheese enchiladas in a orange-ish gravy (totally delicious, by the way) and spinach salad with almonds that have orange skin and dried blueberries (those look almost black if you squint at them).

For weeks before, I had been eyeing the tiramisu recipe (this happens to be V's favorite dessert) posted on Served With Love. What a lovely simplified recipe, but it does call for a bunch of specialty ingredients. We were at a local Italian store the day before Halloween and I stocked up on marsala wine, mascarpone cheese, ladyfingers (light finger-shaped cookies; nothing to do with bhindi) and espresso powder.

So tiramisu made it to the black and orange theme dinner because espresso is nearly black and ladyfingers are nearly orange. Why I humor myself this way I don't know. Clearly my spouse and friends eat whatever I put in front of them regardless of colors and themes.

In making tiramisu, I learnt a few new things:


The tiramisu recipe is a keeper for sure. The only challenging bit is when you cook the yolks together with some wine and sugar into a light custard. You need some judgement to tell when it is cooked, and it needs a good bit of patient stirring. Other than that, you mix and layer. Everyone who tasted this dessert was in raptures- it is not too sweet and utterly decadent.

Now what was to be done with the 4 egg whites left over from the tiramisu recipe? Luckily, the coconut macaroons I intended to make for a party yesterday called for 2 egg whites. As I cracked open 4 eggs for the tiramisu, I kept a bowl and a storage container near me. Two whites went into each of these. The egg whites in the bowl were whipped up to make a quick omelet for lunch and the container with the other two egg whites went into the freezer. I pulled them out of the freezer two hours before starting to make macaroons and they thawed and came up nearly to room temperature, and were easily whisked into foamy soft peaks.

The coconut macaroons come from a recipe by Monica Bhide, posted by Susan, the Food Blogga. I bookmarked them three years ago, I think, and finally found that they could be part of the Blog Bites end of year holiday buffet and of our Diwali celebrations.

Diwali, the festival of lights, is being celebrated this weekend and although I am not religious (understatement of the year, much?), I can certainly get behind the spirit of good triumphing over evil and the light of wisdom overcoming the dimness of ignorance. And what's not to love about the tradition of making, sharing and eating sweets and treats?

If you have saffron and cardamom on hand, the rest of the ingredients- eggs, sweetened condensed milk and sweetened coconut flakes- can be found in any ol' American supermarket. This is a big plus in my world, where trips to the Indian store for specialty ingredients are few and far between. 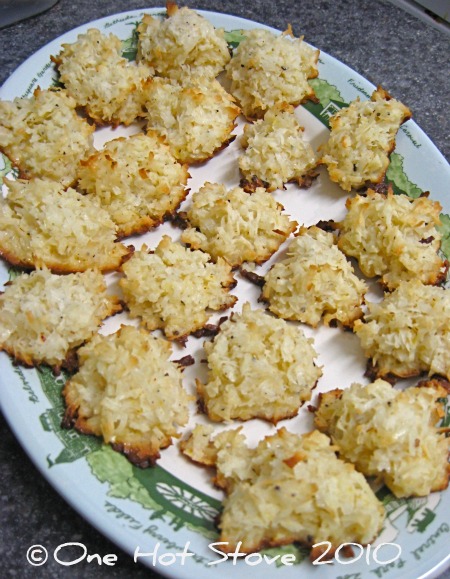 As you start setting out the ingredients, you already feel the ghosts of nariyal burfis past. The unmistakable blending of coconut and sugar and cardamom is sure to trigger memories of celebrations. The process of making these could not be simpler. Crush cardamom and saffron into a powder. Mix this spice with coconut flakes, condensed milk and a tinge of salt, then fold in whipped egg whites to hold everything together. Scoop little tablespoon-sized mounds on a cookie sheet and bake to perfection. Please refer to the recipe for complete and detailed directions.

Even though two of the ingredients have the word "sweetened" emblazoned right there in their names, we found that the macaroons were not tooth-achingly sweet. The taste of the coconut and the scent of the spices came through convincingly. Several people at the party told me how much they enjoyed the macaroons, even though coconut can be, you know, polarizing.

The only thing I would do differently next time would be to either lower the baking temperature for my oven or bake the macaroons on the top rack because I found that the macaroons browned very quickly at the bottom (a couple of them crossed the line between browned and burnt) before the tops had a chance to get toasty. 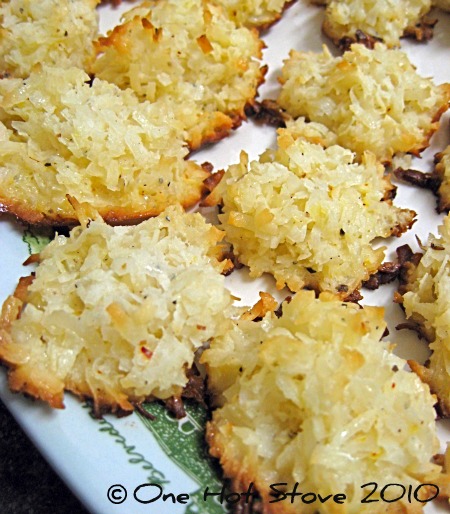 For anyone who does not wish to use eggs or does not have access to an oven, Suma of Veggie Platter has a recipe for coconut laddus using condensed milk and sweetened coconut flakes but skipping the eggs and the baking; check it out here. 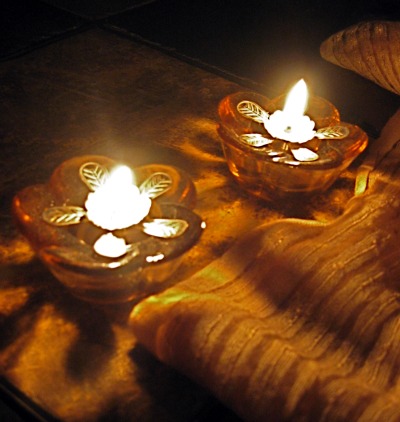 Happy Diwali to all who celebrate it; I wish you all much sweetness and joy this weekend and for the year to come.


* * *
P.S. An announcement for interested readers in the St. Louis area- Cookbook author Raghavan Iyer (whose recipes are well-loved on several blogs) will be at Washington University next week. There are demos and book signings and buffets galore. Check out the events by clicking on the picture below: 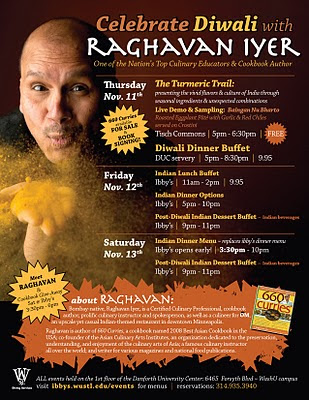